A baby goes through different stages of development, beginning as a fertilised egg to, embryo and blastocyst and then a foetus.

From Egg to Embryo – An Outline

During each menstrual cycle, only one egg gets released from one of the ovary. This process is called ovulation, which usually occurs on the 14th day in a normal regular 28 days cycle. Once the ovulation occurs, the mature egg travels through the fallopian tube. After copulation, the sperm is ejaculated into the vagina. The sperm swims through the cervix and uterus to the fallopian tubes where the fertilization takes place. Fertilization is a union of one sperm with an egg.

The fertilized egg (zygote) divides repeatedly from a single cell to 2-4 cells on D2 and 6-8 cells stage on D3 post-fertilization, as it moves down the fallopian tube. Once it reaches uterus it becomes a hollow ball of cells called the blastocyst. Between 5 to 8 days after fertilization, the blastocyst implants in the wall of the uterus. The blastocyst consists of an outer single layer of cells which later develops into the placenta and the inner cluster of cells which forms the embryo proper. 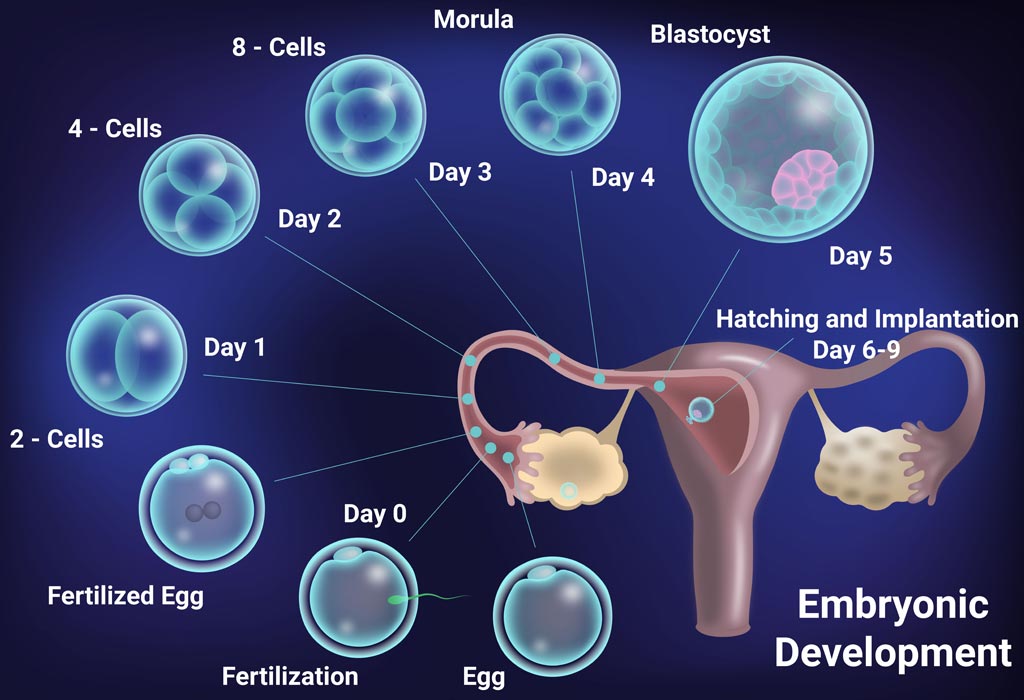